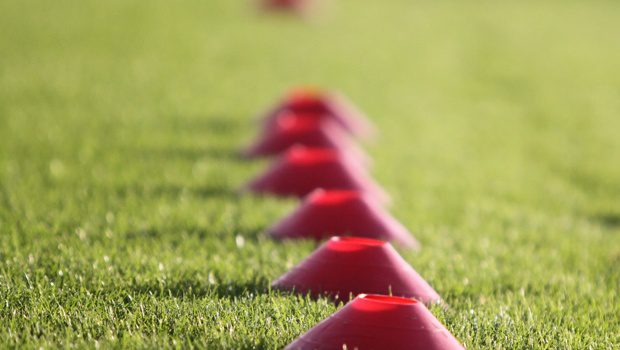 It’s that dreaded time of year that seems to linger when competition feels like an eternity away. Those long sessions, where on more than one occasion you feel like giving up and never returning. Pre season is a particularly important time of year for all athletes to prepare for the upcoming season. Over the past few years sports science and training programs has progressed dramatically. Long gone are the days of footballers wearing their soles from running exuberant distances in 40 degree heat.

Functional training, specificity, periodisation and progressive overload are all the rage at the moment – but what exactly do they mean to the average athlete?

Functional training – Is designed to incorporate certain movements that athletes are likely to encounter during competition to improve motor patterning and muscle recruitment that revolve around strength, power, flexibility, endurance and proprioception.

Specificity – The training that you are doing is specific to the task. For most athletes this is a no brainer. If you plan to run a marathon then you need to run! Netballers practice skills, agility, speed and endurance in a game like intensity and environment and so on.

Periodisation – Is the planning of a goal/event/season to ensure peak performance at the time that matters most. Terms like ‘tapering’ and ‘training load’ fall into this category. It’s impossible for individuals to perform at 100% all of the time. Therefore a plan to peak at the right time is essential.

Progressive Overload – Is the gradual increase in training load. Progressive overload is vitally important – if the workload is mismanaged either performance suffers or injury will result. If your training load remains the same, athletes may struggle to notice improvements in performance. If an athlete increases workload too quickly, they may become susceptible to overuse injuries such as tendinopathies, stress responses and general muscle aches and pains.

Officially pre season went back the first week of December, however preparations began prior to that. Knowing that I’m closer to the end of my football career than the beginning, but not quite being at the veteran status that comes with the luxury of an extended break; it was essential to arrive at the start of pre season with some base of fitness. This typically involved moderate intensity exercise to increase endurance and some resistance training.

Typically prior to Christmas, training tends to focus on an endurance base with repeat efforts specific to the energy systems required on the footy field, in combination with a lot of skills based work. Post Christmas, the running tends to decrease and the intensity ramps up with competitive drills starting. Thus, the need to delve into the freezer for the ice pack and anti inflammatories for the aches and pains that tend to return.

As the pre season progresses, match practice and pre season games commence and training shifts to game plan specific training. This involves less of a focus on building a fitness base and more on fine tuning the structures and set ups. This is the current phase we are in but I can’t wait for Good Friday to roll around to begin the season!